It’s getting cold outside for some of us, so I thought it might be fun to do an easy directed drawing of a cute cartoon snowman ☃️. We’ll give him the traditional snowman top hat, and a warm knitted scarf. My goal was to make the directed drawing easy enough for younger kids in preschool and kindergarten, as well as for older kids and adults just getting started with drawing. Have fun! ❄️ – Patrick O.

Follow these directed drawing instructions that make a cute cartoon snowman drawing easy to do: 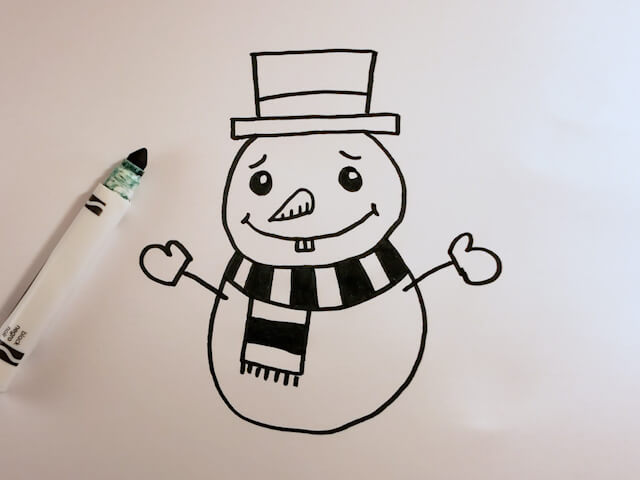