Today I thought it might be fun to do an easy directed drawing of a cute cartoon robot 🤖. Let’s give it an antenna and some wiggly arms with pinchers to grab stuff. Then we can give it a robot heart to make it look really cute! I tried to keep the directed drawing fun for older kids and adults, but also easy enough for kids in preschool and kindergarten. Go for it! 👍 – Patrick O.

Follow these directed drawing instructions that make a cute cartoon robot drawing easy to do: 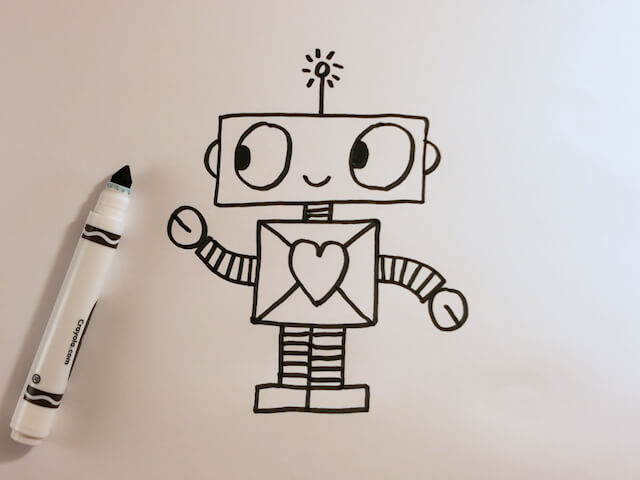