Watch my directed drawing video on how to draw a cartoon T. Rex dinosaur

Hey everyone, today I thought we could try to draw a cartoon Tyrannosaurus Rex 🦖. Everyone knows what a T-Rex looks like, but it can actually be tricky to draw the lines just right so that it doesn’t end up looking like something else. I found that a square-ish head worked well, as well as strong legs and a forward lean. My hope was to make the directed drawing simple enough for pre-k and kindergarteners, and also fun for older kids and adults. Ready, set, go! 😁 – Patrick O.

Follow these directed drawing instructions that make a cartoon T-rex dinosaur drawing easy to do: 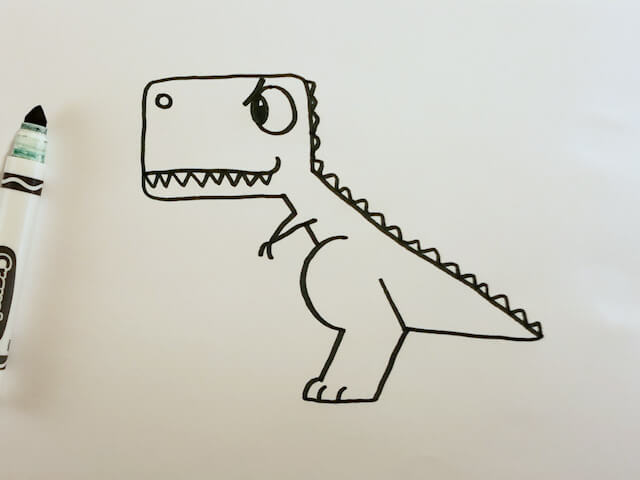