When the holidays are coming closer its always fun to do an easy directed drawing of a jolly little cartoon Santa Claus 🎅. We’ll use some simple strokes and some overlapping techniques to make him look nice and round. This directed drawing should be easy enough for preschool and kindergarten children, as well as for older kids and adults just getting started with drawing. Ho, ho, ho! 🍪 – Patrick O.

Follow these directed drawing instructions that make a cartoon Santa Claus drawing easy to do: 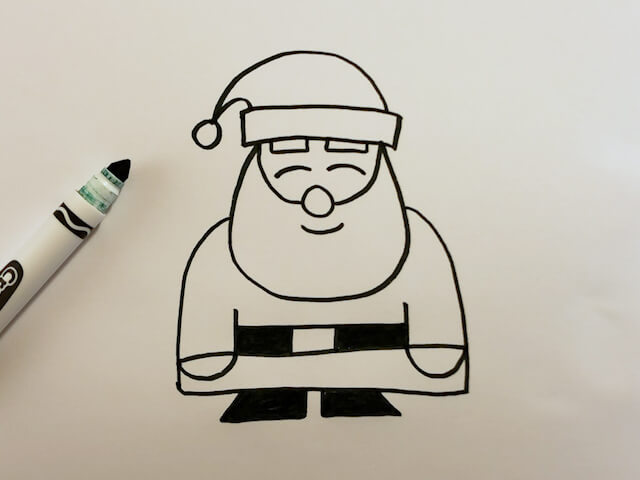