Today’s tutorial is a directed drawing of one way you can draw a cartoon superhero ⚡️. Using simple shapes let’s see if we can make our superhero look like he has super-strength. This directed drawing tutorial should be easy enough for preschool and kindergarten kids, as well as for older kids and adults just getting started with drawing. Hope you think its super! 👊 – Patrick O. 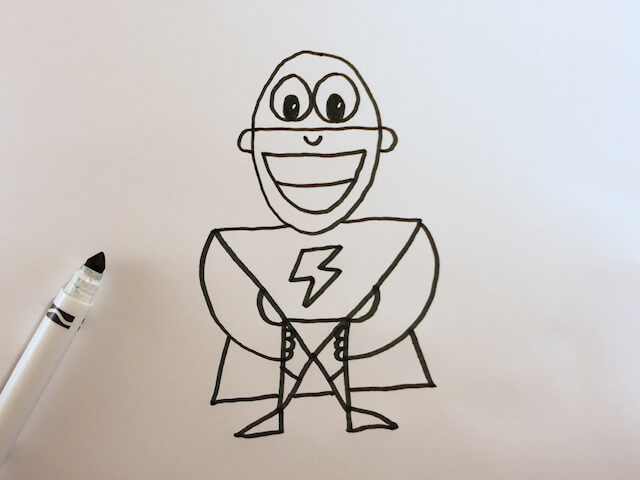