Hey everybody, today I would like to show you how to draw an easy cartoon lion 🦁. Lions can be ferocious when they need to be, but our lion is going to be in a pretty good mood. My goal was to make this directed drawing easy enough for young kids in preschool and kindergarten, but also entertaining for older kids and adults just getting starting with drawing cartoons. All you need is a pencil, pen or marker and sheet of paper. And of course feel free to color it in afterwards if you’d like. Have fun! – Patrick O.

Follow these directed drawing instructions that make a cartoon lion drawing easy to do: 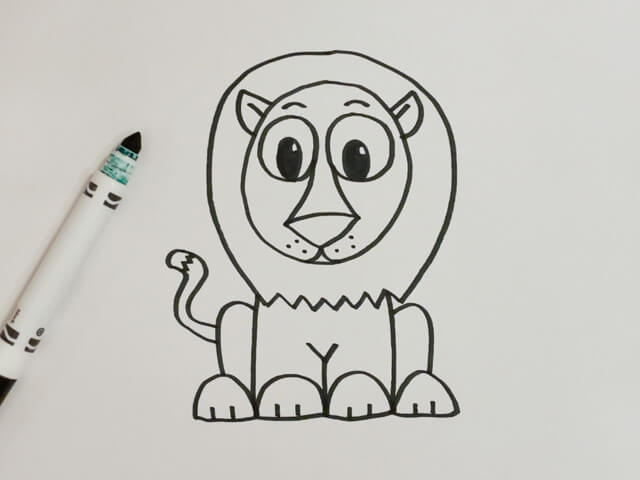